Zoom is a cloud-based video conferencing service that is used for virtual meetings with others. Although it’s not a specific Android app, we believe it’s quite a relevant case to analyze since the way they’ve raised in the last months (with a global pandemic going on) seems very interesting for anyone involved in digital products.

The reality is that there’s nothing that much specific about this platform when comparing it to its competitors; the meeting can be done either by audio-only, video, or both while conducting live chats. The icing on the cake is that you can record these sessions for later viewing. The herm of Zoom takes us to Eric S. Yuan, who established an American communications technology company named Zoom Video Communications, Inc, which founded the Zoom app in 2011 but never launched it until 2013.

The Zoom app has helped individuals, businesses, and organizations set up audio and video conferences using smartphones, PCs, and room systems. The interesting part of it comes because it reported that over half of Fortune 500 companies used Zoom in 2019, and during the COVID-19 pandemic, in 2020, it hit even greater reach with about 300 million daily Zoom meeting participants.

Taking into consideration how many companies are struggle to get their products placed in such a complex market, it seem like a great achievement for a company like this to have arrived to all of us especially during this time.

The Growth of Zoom

According to Globe Newswire, one of the smartest stunts pulled by Zoom was on how it was integrated with Slack, Salesforce, and Skype for Business in 2015. This action was coupled with increasing the maximum number of participants per conference from 25 to 50. Hence, adding 40 million users and 65,000 organizations to subscribe. In 2020, Zoom reportedly experienced a considerable number of users of about 200 million due to the Coronavirus pandemic.

Looking into these numbers, we could easily agree that the fact that Zoom has been so successful during the pandemic times is probably related to a new need that many organizations encountered: meetings (or conferences) with a lot of participants in it. Schools, Universities, private companies, and even festivals discovered that they needed a digital environment to gather a big crowd. There was Zoom to solve their problems and satisfy their needs.

The Impact of COVID-19

The impact of COVID-19 shook the world to the roots. Individuals, businesses, and organizations were terribly affected. Many businesses experienced bankruptcy and eventually packed off the market scene. This was due to a compulsory lockdown order that was passed across major countries in the world. The economy of the world almost stood still, but some businesses experienced a boom like never before.

The businesses that offer services or ICT-related affairs resorted to making their employees work remotely. However, for a proper check of progress, decision-making, and sharing of ideas, they opted for video conferencing meetings to make these effective. At the same time, these businesses discovered that new need above mentioned: meetings with large numbers of participants.

Zoom experienced the highest boom in downloads in March. There was a record of 200 million users daily, which skyrocketed into 300 million the following month. Still, it was also shocked by some security problems, and zoombombing was coined as a new term. The company learned how to exploit that feature and understood how security issues could greatly impact their business. As such, they did not take a second to solve it and communicate it to their audience.

Something that we’ve learned from Zoom is that differentiating features can become the cornerstone of a product in certain circumstances. And also that you will always need to be ready to react to potential attacks once your app reaches over 300 million users in one month. In difficult times like this pandemic, seeing an opportunity like this might be complicated, but the truth here is that everything is possible. 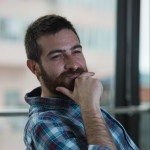